I wrote this piece for the European Parliament Magazine on Qatari-controlled, UK-based Al Rayan Bank, which continues to provide financial services to a series of Islamist and extremist groups blacklisted by other institutions, and the dangers of lax financial oversight by the EU and its Member State. 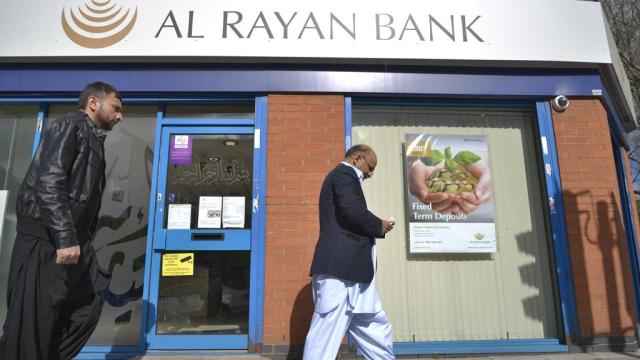 For millions of ordinary Muslims, Al-Rayan is a beautiful Arabic word that means “luxuriant” or “plentiful”. For many Egyptians, however, Al-Rayan is a word that is linked to bitter memories of financial scams associated with the rise of social Islamism in the country.

A young Islamist businessman known as Ahmed Al-Rayan set up what he claimed to be a strictly Sharia-compliant investment scheme.

He succeeded in convincing Egyptian depositors to withdraw their money from state banks and invest it in his own company, which later proved to be a ponzi scheme built on the exploitation of religious piety.

Eventually, his company went bankrupt and he was sentenced to 15 years in prison in 1988.

My mother was a victim of a similar scheme, “al-Sherif”, after she succumbed to social pressure and fatwas that claimed state banks were un-Islamic. She eventually lost most of her inheritance.

Now Britain has its own Al-Rayan moment. Although it is not a Ponzi scheme, it is still a questionable business.

Doctor, blogger and Commentator on Middle East issues. The only practising doctor who write in Middle Eastern politics in UK.
View all posts by nervana111 →
This entry was posted in Islam, Qatar and tagged Al-Rayan Bank, Islamism, Islamist Charities, Qatar. Bookmark the permalink.