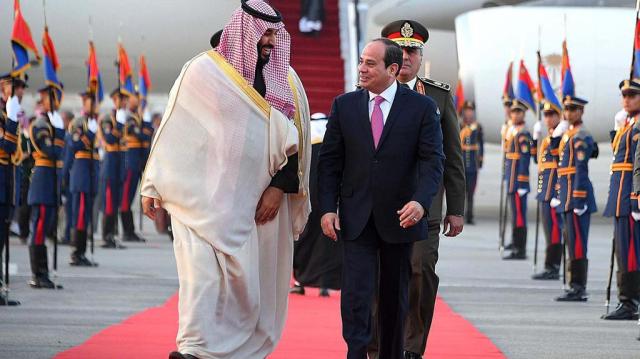 The US is without ambassadors in 45 countries as February 01, 2018 among them:#Qatar#SaudiArabia #Turkey #Egypt #Sudan #Jordan#Libya#SouthSudan #Morocco #UAE (soon)#Syria (Envoy)

Egypt's general prosecutor used "evil powers" to denounce "Fake news media" which "arouse the public security", following debate about BBC piece after the reappearance of one of "Forced disappearance" cases, the report talked about. pic.twitter.com/wH2avgFOw2

Human Rights Watch accuses the Egypt government of using arbitrary arrests and fabricated accusations of terrorism to silence the opposition leading up to the presidential electionhttps://t.co/uHqpRFtzNW

The awkward moment when
a prominent #Egypt professor @hassanafaa accuses me of ignorance and denies what is written in black and white in the Camp David Treaty that the Trait of Tiran is international water. See Article V 2https://t.co/cOkMmePBv8

Would you drink from your local river? Probably not.

Well, be careful saying it out loud. It may land you in jail. In Egypt, anyways… pic.twitter.com/iKbFCCo4bM

Unlike in many other Islamic countries, the punishment for being an #Atheist isnt death. In #Egypt, the person is considered mentally ill and sent to a psychiatric facility.

Even though the risks are so high, ppl are still speaking out. I have hope.https://t.co/bhn0Tw1j5G

Doctor, blogger and Commentator on Middle East issues. The only practising doctor who write in Middle Eastern politics in UK.
View all posts by nervana111 →
This entry was posted in Diary of Aak, Egypt and tagged BBC, Egypt, MBS, Saudi Arabia, Sisi, Tiran and Sanafir. Bookmark the permalink.