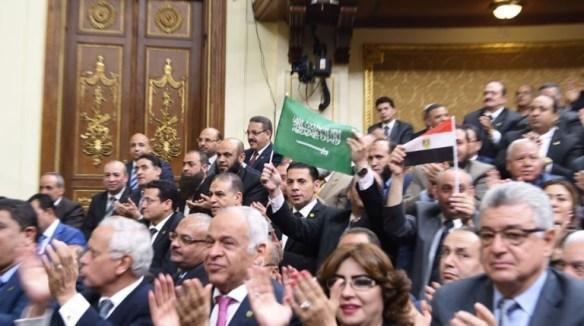 Domestically, Egypt's government absolutely failed in managing the Saudi claim to islands. It couldn't have been managed any worse.

It is a nightmare , it is a defeat ..another defeat for my generation that dreamed big and ended up having nothing excepts defeats

One of my favorite things about the Tiran and Sanafir issue is the way it makes people who usually scoff at nationalist rhetoric embrace it.

The same Hamas that Haaretz claims it is getting closer to #Egypt https://t.co/q5rt7c4uuo

Wagdy Ghnaim, after citing the Quran's "to terrorize God's enemy and your enemy":

"Whoever calls me a terrorist, I call him God's enemy."

Arrests across Egypt include activists, members of political parties, people who were in prison before but not active, rights defenders. https://t.co/F7gdZ72PoU

Doctor, blogger and Commentator on Middle East issues. The only practising doctor who write in Middle Eastern politics in UK.
View all posts by nervana111 →
This entry was posted in Diary of Aak, Egypt and tagged Egypt, Qatar, Red Sea islands, Saudi Arabia, Sinai, Sisi, Tiran and Sanafir, UAE. Bookmark the permalink.