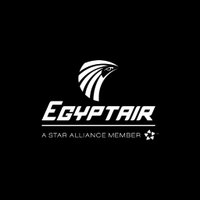 Let’s admit it, Egypt is in a pretty pickle, out of fresh oxygen and overwhelmed by the poisonous impacts of seemingly endless crises. The latest is the Egypt Air flight that crashed into the Mediterranean, with 66 passengers on board. The reason is still unknown, but that did not stop many from pointing a finger to one theory or another and paint Egypt in a negative way! Reading some reports would give the impression that the once-labeled “Mother of the world” is now the “wicked Step-Mother” to many.

For starters, the American Republican candidate Donald Trump did not waste any time placing blame. Immediately after the news of the crash emerged, he said: “I can ‘practically guarantee’ who ‘blew up’ the Egypt Air plane.” His supporters did not waste any time either, and dug out a piece of poor journalism linking the un-linkable to market a theory that one or both of the pilot committed suicide. The piece took advantage of a Facebook post where Muslim preacher Amr Khaled posted an older photo of him with the pilot of the doomed Egypt Air flight as if that is a proof that the two are twin ideological brothers. The piece then added a video of Amr Khalid in 2011, when the Arab Spring caused everyone to link Amr Khalid with jihadists. Now Trump supporters have their smoking guns and are unwilling to even question logic and facts.

On the other hand, Egypt’s Muslim Brotherhood took the crash as an opportunity (again, without waiting for reasons behind the crash) to drain their bitterness at the current regime and warn of future “catastrophes.” Such cheap propaganda was echoed by many of their supporters on social media.

It may be wise to ignore both Trump and the Brotherhood’s rhetoric as cheap propaganda that is not worth attention. Mainstream media coverage, however, was alarming, to say the least. One of the starkest examples is the New York Times’ coverage. For example, take this post that started with a sensational headline: “Egypt Air was aware of threats to security, including one scribbled on plane.” Titles can be ignored, but the content was full of irrelevant facts. The piece mentioned “threatening graffiti, which appeared about two years ago.” Those who know Egypt well will figure out that this was after the ousting of Morsi, and most likely completely irrelevant to the current disaster. The piece added, “There were three Egypt Air in-flight security personnel — one more than the normal team of two for reasons that were not entirely clear.” Then it acknowledged they were unarmed. It is common practice for trainee-security personnel to start first as an extra to the main security team for training purposes. Moreover, if the Egyptian security guards were armed, they would possibly be the first suspects in the eye of many Western observers.

Maged Atiya wrote a superb piece about journalist James Reston’s coverage of Egypt a day before the 1967 Six-Day war. Despite Western media’s fundamental antipathy to the Nasser regime that was equally (if not more) oppressive as that of Sisi, the report focused on Egypt as a country, not as a regime. Atiya rightly pointed out that, “Today’s foreign journalists could learn a trick or two about mastering the right combination of accuracy, empathy and clear vision.”

Nevertheless, it is important to highlight that Egyptian media coverage is no better. In fact, it is suffocating and poisonous. Many local media outlets have done nothing more than hint at (or feed) potential conspiracy theories. Such defensiveness reflects the over-all bunker mentality that is dominating Egypt these days. The current tenure of President Sisi is strikingly similar to that of the post-Six-Day war defeat – full of blood, funerals, and a deep sense of insecurity, but with the extra scrutiny from outsiders.

There is, of course, a simple explanation to Western media’s unkind coverage of Egypt’s latest misery. They do not respect or trust the Egyptian regime, and for good reasons. The regime is oppressive, arresting activists, and handing hefty prison sentences to those who dared to protest. In such, the negative coverage is all understandable. It is good to see outsiders care about Egyptians’ freedom and rights.

The victims of the Egypt Air crash, however, were simply Egyptians, who deserve to be treated with the same respect as the victims of other tragedies around the world.  Families, as the rest of Egypt, are eager to know the cause of the crash, not some sensational postulations that incriminate some of their loved ones, or equally sensational pieces about their agony and funerals.

It would be naïve, however, to expect Western media to change its attitude. Yes, it is important to express our views about their coverage, but more importantly, Egypt must restrain from being defensive in handling the Egypt Air crash. Defensiveness will bring nothing but harm. Egypt has nothing to hide. In tough times, professionalism and transparency are the only friends that can help Egypt to remain the graceful Mother of the world, or as Egyptians say, Um El-Donyia.

Doctor, blogger and Commentator on Middle East issues. The only practising doctor who write in Middle Eastern politics in UK.
View all posts by nervana111 →
This entry was posted in Diary of Aak, Egypt and tagged Egypt Air, Egyptt, Media, Muslim Brotherhood, Trump. Bookmark the permalink.