I am deeply grateful for my friend J who kindly volunteered to compile this week’s Egypt’s news and reports, as I am currently sick and unable to do the work. 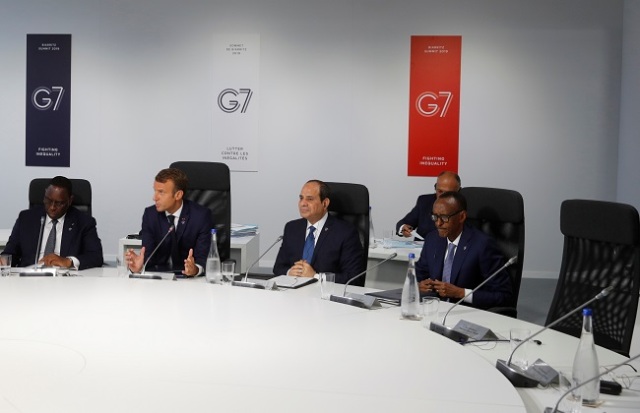 In addition to more than 100 units of military equipment & ll-76 airlifters pic.twitter.com/kS7e8UeZBU

The Martyrdom of Lieutenant Colonel Mahmoud Montaser from the Egyptian army by a terrorist sniper bullets in Rafah city, Northern Sinai. pic.twitter.com/6FFWIwJI1r

El Sisi orders that all govenrment ministers be moved out of Tahrir by 2020 and the revamping of the square to be a touristic attraction. Renowned architect Shehab Mahzar to supervise the restoration. Very good move if done well. #Egypt https://t.co/AhZOUrz5Ij

Over the 10 days or so it takes to walk the Red Sea mountain trail — one of the World's Greatest Places of 2019 — hikers are accompanied by Bedouin cameleers who provide traditional food and insight into their culture https://t.co/I4SQi8Vqry pic.twitter.com/PHnUiA4bKe

The Red Sea Mountain Trail, #Egypt’s first long distance hiking trail and one of the World’s Greatest Places of 2019, as featured in @TIME magazine, is an uncharted area for discovery, featured in @CNN’s #TravelTrends. https://t.co/9WFU0K3yGb pic.twitter.com/xuuwgO3VWE

Read this beautiful story on the search in Cairo for Umm Kulthum's tomb, which, given her worldwide fame, is unexpectedly difficult to find.@akhbarhttps://t.co/fAbY8YEbor

The Liverpool man leaves David Luiz in his wake on the way to a fantastic solo goal! 🇪🇬👑

Doctor, blogger and Commentator on Middle East issues. The only practising doctor who write in Middle Eastern politics in UK.
View all posts by nervana111 →
This entry was posted in Diary of Aak, Egypt and tagged Egypt, Ethiopia, G7, Muslim Brotherhood, Sisi. Bookmark the permalink.