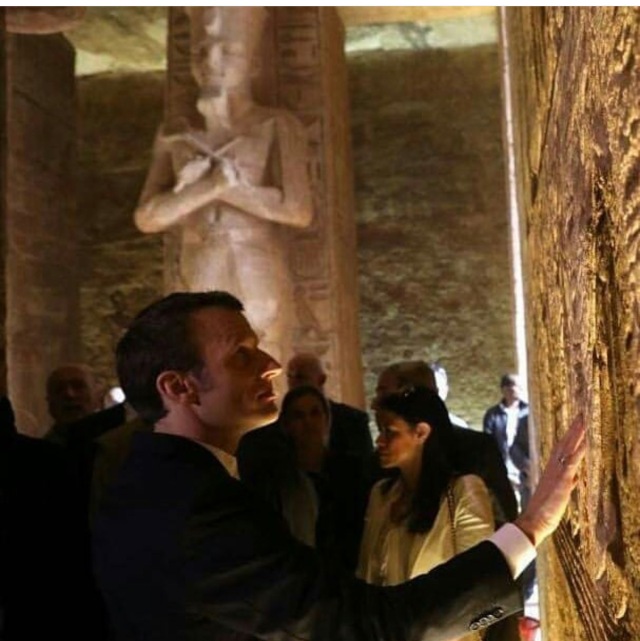 The Egyptian Revolution began #OnThisDay in 2011 as hundreds of thousands of protesters gathered in Tahrir Square. The revolution eventually led to the resignation of Hosni Mubarak after 30 years of power. #ArabSpring @StevenACook pic.twitter.com/l05SG3qbfG

#Sudan's Bashir says protesters trying to copy Arab Spring https://t.co/QMok7g6xnt has visited Egypt and Qatar so far, maybe trying to figure out who backs them? (other observers, is it clear?)

No names yet but military is usually careful with its wording when it comes to such announcements. Could be acting or formal wali or someone really high up https://t.co/JCsdYVVlH7

#Exclusive: The New Egyptian Opera House which is under-construction in the culture and arts district in the New Administrative Capital. pic.twitter.com/Y0TvXSzcOp

#Breaking #Egypt ministry of defense announces in the latest update on the Comprehensive operation, the death of (7) army personnel including officer in clashes with the terrorist elements in the #Sinai peninsula.

#Egypt– in latest update on Operation #Sinai2018 (no longer referred to by name) @EgyArmySpox announces that "56 vehicles used by #ISIS" were destroyed by airstrikes – 6 in #Sinai, 39 (!) in Southern Military Region (#Libya & #Sudan borders), 11 in Western Military Region (Libya) pic.twitter.com/57NUmT5iUO

Reports claimed that negotiations between Egypt & Pakistan were held few months ago to sell (30) Mirag-5 Horus fighter jet to the Pakistani Air Force.

As Egypt is currently waiting for a response from Paris to complete the sale of the fighter jets.https://t.co/PXOkJTDmlG… pic.twitter.com/bPNzbd8TMO

Egyptian custom authorities “confiscated” 100 copies of a book by Moroccan scholar Raschid Ilal, that criticizes a major reference on the Sayings of Prophet of Islam. One hundred thousand Egyptians downloaded the book online. Ideas have wings that custom authorities can not cut https://t.co/KiIuOoPcC2

Sentenced to one year’s hard labour. The crime? Interviewing a gay man. FFS

Can we please kick up an uproar about this monstrous verdict? Where warranted, Consist and not selective outrage please.https://t.co/0UdRmUi2ML

The #Egyptian woman who forced her child to jump from window is released. Many defended her as “poor woman”, but if she was spotted naked kissing a man, the entire society would call for her execution! https://t.co/pKL6y3eWOl

Come check out the U.S. Embassy booth at the Cairo International Book Fair! Buy the Arabic Book Program’s latest books that range from children’s books, American history and politics, literature, law, business and economics. Our staff will be there to answer your questions. pic.twitter.com/nZlvS7SBGS

#Greek exports to #Egypt grew 60.8 percent in the January-November period in 2018, compared with the corresponding period in 2017, totalling 1.104 billion euros, the Greek embassy in #Cairo said in a report on Tuesdayhttps://t.co/wreVwvLyMe pic.twitter.com/3bnF2Bw60o

These eight countries are responsible for 63.6% of ocean trash:

Egypt is getting a new airport pic.twitter.com/eA0y9yU6bI

Doctor, blogger and Commentator on Middle East issues. The only practising doctor who write in Middle Eastern politics in UK.
View all posts by nervana111 →
This entry was posted in Diary of Aak, Egypt and tagged Bashir, Homosexuality, IMF, ISIS, Macron, Sinai, Sisi. Bookmark the permalink.