Shadia’s Egypt and the fight to end radicalism 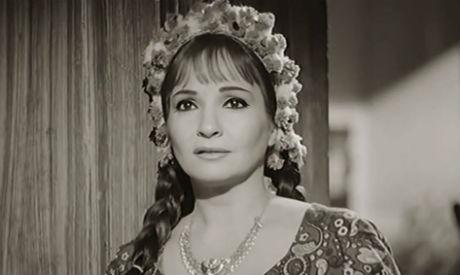 The legendary singer and actress Shadia, an Egyptian cultural icon, has passed away. Her death a week ago at the age of 86 recalls her one-time glorious past as a diva who starred in more than 100 films. But it also offers a recollection of the extraordinary paradox of her life because, after decades dominating the cultural scene in Egypt and the Arab world, Shadia retired from public life in 1984. Her beautiful soul has departed from a soulless Egypt struggling to cope with ugliness and terror. However, Shadia’s journey from glamour to seclusion sums up the evolution of modern Egypt in a nutshell and perhaps can give us clues on what went wrong and how Egypt can face today’s challenges.

In the Nineties, the head of the Cairo Film Festival, Saad Eddin Wahba, decided to honor Shadia for her accomplishments as a singer and actress. At the festival’s opening ceremony, audiences eagerly waited for Shadia to appear on stage to receive her award, but she declined the invitation without explanation, and another artist accepted it on her behalf. Many people suggested that Shadia’s reluctance to appear was the result of advice given to her by the prominent religious scholar, Sheikh Sharawy, who allegedly told her “not to spoil the milk.”

During her retirement, Shadia embraced a more religious life with a strict version of Islam. But unlike some other retired female artists, she did not openly reject her artistic heritage. Instead, she preferred a puzzling silence. Whenever she was honoured, another artist appeared to save her from awkwardness and accept the award on her behalf. The legend who had embedded in our psyche a sense of belonging to Egypt, who represented Egyptian femininity with its magic beauty, passion, and grace, had evolved from a proud artistic icon to someone who felt uneasy about her former glamour, as if it were shameful or embarrassing—or at least a topic that was better avoided.

Shadia’s journey mirrors the journey of a country that has struggled for decades to identify a clear moral code, swinging uneasily between conservatism and liberalism, searching for a middle ground that can simultaneously accommodate its open spirit and religious aspirations. This middle ground, however, has eluded many in Egypt. Over the past six decades or so, with the rise of political Islam, Egypt has evolved into an uneasy nation with a striking ambivalence towards everything that shapes its identity, from arts to Shia and Sufi traditions that enrich its Islamic faith. Young Shadia, with her authentic Egyptian femininity, has become a source of unease rather than pride.

In the eighties, around the time of Shadia’s retirement, a new assertive presence of Islamism, with a strong zeal and incisive tone, started to flex its muscles. I once had a taste of such zeal in a hospital’s coffee room in Cairo, where I watched with great bewilderment a tense exchange about the role of Islam in the state between a political Islamist and a dedicated Sufi follower. Both were devout, very conservative Muslims and senior doctors. But devotion and scientific training did not stop them from exchanging accusations about their mutual views. The Islamist went further, accusing his Sufi colleague of shirk (“idolatry”), before storming off. He later asked a nurse to turn the radio off, as he considered songs and music as silly nonsense.

Islamism did not win many fully fledged followers in Egypt, but it slowly but surely lured society to embrace rigidity and ritualism while injecting a toxic dose of scepticism about what is good in art and beauty. Even the innocent smile of young Shadia and her milky voice became perverse qualities punishable by God in the eyes of most Islamists. Such a confused society is ill equipped to fight terrorism.

“The poisonous thoughts are clear in their heads; the right ones are not clear in our heads; we are fighting radicals, but not radicalism,” said Egyptian TV anchor Amr Adeb after the Al-Rawda mosque massacre in North Sinai, which took place a few days before Shadia’s death. It was, perhaps, Adeb’s most sober moment as he summed up what went wrong in Egypt and why we were still struggling to counter the terrorism that has been systematically bleeding the country for decades. In an illiberal society with an ambiguous attitude and blurred outlook, the blackness of radicalism will appeal to some searching for clarity and conviction.

Here in Al-Hurra, two interesting articles about fighting terrorism have been published. One by Tawfik Hamid, in which he proposed giving more attention to arts, music, and beauty as part of a multi-modal approach to fighting Islamist radicalism, and another by Malik al-Osmana, in which he argues that, without democratic institutions, arts and music cannot fight radicalism. Both articles, in my opinion, raise valid points. However, I doubt that either democracy or arts can fight radicalism without a society that embraces liberalism and progressiveness.

We need a society that is proud of its graceful and beautiful icons – people like Shadia – without feeling ashamed of their youthful femininity and charm. We want a society that divorces its deliberate ambiguity and starts to formulate a clear code that stops worshipping fear, death, and ugliness and, instead, embraces tolerance and diversity. Only then we can begin our battle against radicalism.

Doctor, blogger and Commentator on Middle East issues. The only practising doctor who write in Middle Eastern politics in UK.
View all posts by nervana111 →
This entry was posted in Best Read, Diary of Aak, Egypt, Islam, Terrorism and tagged Egypt, Political Islam, Radicalism, Shadia. Bookmark the permalink.