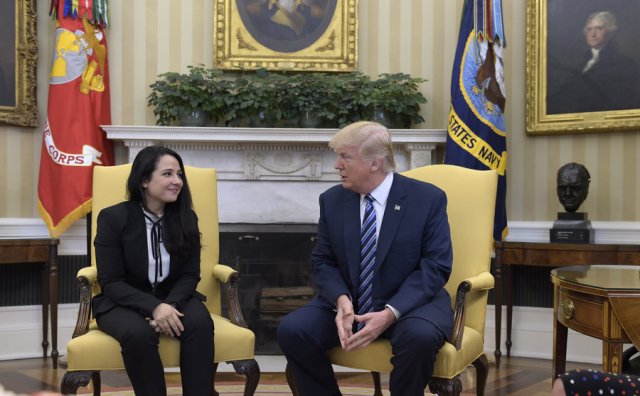 Aya Hijazi ____ A young Egyptian-American woman who made global headlines after US President Donald Trump met her in the White House, following her sudden acquittal in Cairo after three years in prison.

Having been chronicling events from Egypt on a weekly basis since 2013, I was particularly interested in the traumatic events surrounding the life of Aya Hijazi, over the past few years. After the 2011 revolution, Aya decided to return to Egypt from the United States with her Egyptian husband, Mohammed Hassanein. In 2013, in her mission to ensure social development and protect children’s rights, she launched the Belady Foundation for Street Children in Cairo. However, in May 2014, the police raided the Belady Foundation headquarters and arrested everyone, including Aya and her husband. The raid followed one man’s complaint that his missing son had been held on the foundation’s premises in downtown Cairo. For three years, Aya and her coworkers were held in pre-trial detention facing serious charges, including child abuse and trafficking. Then, earlier this month, an Egyptian court found Aya, her husband and her co-workers not guilty and acquitted all of them.

What was striking about Aya was the way she conducted herself throughout her three-year ordeal. She was calm and composed throughout her trial, refused to relinquish her Egyptian citizenship, was cleared by an Egyptian court, and did not resort to any form of emotional hype upon her arrival in the United States. Her graceful demeanor, however, did not save her from the wrath of some Egyptians, who did not like seeing Aya in the White House.

Following her invitation to the White House, Aya became the subject of an avalanche of abuse on social media from Egyptians who cursed and mocked her for all sorts of petty reasons, which included her flight on an American military plane and appearing in a photograph with Donald Trump’s daughter, Ivanka. As if this bellicose outcry was not enough, one Egyptian TV anchor, Amani El-Khyat, postulated a conspiracy theory of an ongoing Zionist plot against Egypt since the beginning of the modern era. She then indirectly floated the possibility that Aya could be a spy who had come to Egypt to serve “a mission of a sort” and was acquitted, not because she was innocent, but because of a lack of evidence. Using Aya’s appearance with Trump as proof of their conspiracy postulations, El-Khyat and others tried to spin Aya’s ordeal as a success story for the Egyptian leadership, which “exposed and busted” an alleged unlawful mission, supposedly by Aya Hijazi. As if the American President would publicly receive “a spy” in the White House.

The same Egyptian TV anchor and many others had previously attacked another dual citizen, the Muslim Brotherhood’s Mohamed Soltan, who was sentenced to life imprisonment in Egypt after joining the Rabaa sit-in in 2013. Soltan’s detractors scorned him for relinquishing his Egyptian citizenship, which he did to secure his release under a legal decree that gives Egyptian President Sisi the right to exile foreign citizens convicted of crimes. Soltan was also lambasted for kneeling on the ground upon his arrival in the US, a gesture perceived as a slimy move in front of the American media.

On the other side, opponents of the regime – both Egyptian and American – used Aya’s ordeal to cast doubt on the independence of the judiciary in Egypt, comparing Egypt’s handling of dual nationality Egyptians with that of hostile regimes such as Iran. Others were unhappy with the fact that Trump got credit for securing Aya’s release and that he milked the opportunity to boost his “quiet diplomacy.”

Innocent or guilty, graceful or not, politically motivated or not, Egyptians with dual nationality are treated as political cards both in Cairo and Washington.

The reason for that is simple. The relationship between Egypt and the United States has never been set on a solid foundation, but has rather depended on trust, or the lack of it, between individuals such as Sadat, Mubarak, Morsi, and Sisi and their counterparts in the White House. Such relationships have always focused on military aid, and not on common civilian issues. The outcome has been a chronic, deep-seated mistrust among the Egyptian public towards the US, with advocates of psychotic conspiracies thriving and indulging in spreading their toxins.

It is doubtful Aya Hijazi’s ordeal will change or improve the maladjusted, inutile relationship between Egypt and the United States. Aya’s story will be forgotten soon, until another crisis involving another dual citizen erupts between the two countries. The cocktail of outrage and conspiracy will then resurface for years, possibly followed by release and media buzz.

Nonetheless, it would be better if both sides learn a few lessons from these encounters. The Egyptian leadership should learn that it has only itself to blame for giving its opponents the opportunity to loathe the regime abroad by treating its dual citizens with disdain and mistrust, even when there is no concrete evidence against them, as stated by the court in the case of Aya Hijazi __ a tragic exercise of self-harm. It also needs to stop encouraging wild and naïve conspiracy theories that serve no one. No American president will receive “a spy” in the White House. The US, on the other hand, needs to extend its “quiet diplomacy,” not just to negotiate the release of dual citizens, but to advocate reforms, particularly in the Egyptian legal system, at least to limit the abhorrent pre-trial detention that is used repeatedly, and often unjustly, against many. 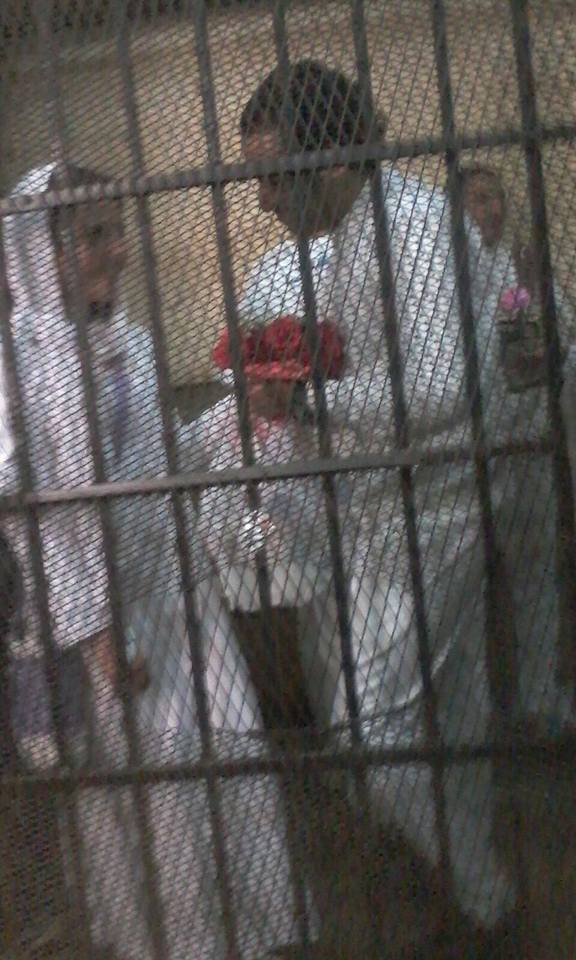 Aya Hegazi and her husband Mohamed Hassanein on Valentine Day 2016.

Ultimately, the only positive outcome of this saga, despite conspiracy and cursing, is Aya Hijazi, the human being. A defiant, but humble Egyptian woman, with a captivating smile that never left her face, even when she was unjustly behind bars; a woman who possessed an elegant grace, even after she departed from Egypt. Her photo with her husband celebrating Valentine’s Day behind bars will remain one of the most poignant images I recollect from my weekly compilation of Egypt in 2016. I am truly delighted to see her free.

Doctor, blogger and Commentator on Middle East issues. The only practising doctor who write in Middle Eastern politics in UK.
View all posts by nervana111 →
This entry was posted in Diary of Aak, Egypt and tagged Aya Hijazi, Egypt, Sisi, Trump. Bookmark the permalink.