Europe and the Ottoman Tulips 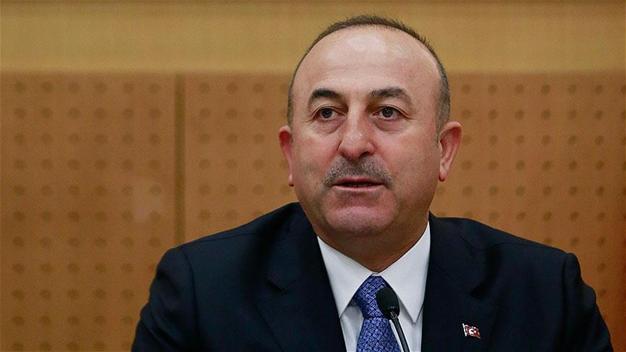 Officials in several European countries have stopped mass rallies by top Turkish politicians to attract support for next April’s much anticipated constitutional referendum on a new Constitution that would expand the powers of President Recep Tayyip Erdogan.

The Netherlands barred Turkey’s foreign minister Mevlüt Çavuşoğlu from flying to the country. The move came hours after Çavuşoğlu said that Turkey would impose “severe sanctions” against the Dutch state if it attempted to cancel his planned meeting, at which he was scheduled to address the Turkish community in Rotterdam. The ties between Ankara and Berlin have also been strained in recent months after the German authorities blocked several rallies supporting Erdogan in Germany. Meetings in Austria and Switzerland have also been banned. These decisions are legally and politically correct, despite President Erdogan’s angry jibes in which he described first the German and later the Dutch authorities as “Nazis” and “fascists,” His foreign minister Mevlüt Çavuşoğlu slammed Dutch authorities, saying tulips came to Holland from the Ottomans but failed to make them real men.”

Legally, Germany’s Constitutional Court has already delivered a verdict asserting that Turkish government officials cannot invoke German constitutional rights in seeking to enter the country for political appearances. The Netherlands will most probably use the same argument if Turkey legally challenges the case.

Politically, however, banning the rallies may appear controversial. Some Turkish observers have already expressed concern that banning Turkish officials from campaigning will only ignite the “Yes to constitution” campaign and unleash a sense of victimhood by Erdogan’s supporters. This argument may seem logical, but it is not necessarily accurate for a number of reasons:

First, moaning at Europe has become one of Erdogan’s main political campaign staples. Turkish officials have never been grateful to German or Dutch authorities for allowing them to campaign on their soil___ a privilege that is not reciprocated by Turkey, where foreigners are not allowed to hold public rallies. In fact, it is important to understand that whatever the actions of European officials, they will always be exploited and abused by the Turkish president, as he has adopted victimhood as a useful tool in his “populist authoritarianism.”

Second, if banning Turkish officials will galvanize the “Yes” campaign, then surely allowing Erdogan’s men to campaign openly amidst the already divided Turkish communities in Europe will further help the “Yes” campaign. In other words, by sending his men to campaign in European cities, Erdogan has positioned himself in a win-win situation, regardless of how European countries react.

Third, in the current illiberal, even oppressive Turkey, Turkish opposition officials have warned of campaigns of harassment and intimidation. Inside Turkey, a wave of arrests of opposition lawmakers, activists, and journalists, as well as the closure of media outlets, have left a predominantly government-friendly press moderating the debate on the vote. Last month, the Turkish daily newspaper Hurriyet scrapped an anti-referendum interview with Orhan Pamuk, a celebrated novelist and Turkey’s first Nobel laureate. In planning to tour Berlin, Rotterdam, and other locations, Turkish officials were trying to spread the same policy of fear and intimidation, albeit subtly, among Turkish diaspora in European cities.

As the Turkish foreign minister lectures Europe about the origin of tulips, I wonder if he remembers the tragic end of Ottoman’s “Tulip Period” when people revolted against the Sultan; he was forced to resign and his grand vizier was executed.

Doctor, blogger and Commentator on Middle East issues. The only practising doctor who write in Middle Eastern politics in UK.
View all posts by nervana111 →
This entry was posted in Turkey and tagged Erdogan, Germany, Netherlands, Tulips, Turkey, Turkish referendum. Bookmark the permalink.