It is not about Michele Dunne, it is about Egypt 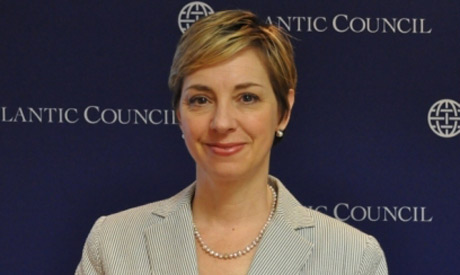 Egyptian authorities denied, pursuant to security instructions, U.S. researcher Michele Dunne entry to Egypt after she arrived at Cairo International Airport. Ms. Dunne is a senior associate in the Middle East program of the Carnegie Endowment for International Peace, and spent 17 years as a specialist in the region for the State Department. According to a report for the New York Times, the Egyptian authorities gave no reason for barring Miss Dunne: “No reason, but, Madame, you cannot access Egypt any more.”

Ms. Dunne is an outspoken critic of the authorities in Egypt after the ousting of ex-president and Muslim Brotherhood leader Mohamed Morsi. However, she stated in a tweet that the purpose of her visit to Cairo was to attend a conference organized by the Egyptian Council for Foreign Affairs (a pro-government organization). Therefore, this restriction barring her from entering Egypt is not just wrong; it is counter-productive for several reasons.

Firstly, if the Egyptian authorities decided to ignore freedom of speech, as much as government supporters have become allergic to the phrase, they should ask a simpler question. Was it worth it? Some may justify the Egyptian authorities’ decision because of how Ms. Dunne, among others, campaign to cut military aid to Egypt. Nonetheless, her efforts have already failed to gain support in the corridor of power in Washington. The long-term spending bill that Congress is expected to adopt this week would allow the State Department to resume military aid to Egypt.

Second, the barring of Ms. Dunne will empower her argument that the authorities in Egypt cannot tolerate opposing views, and therefore are not worthy of U.S. aid. This argument will portray the Egyptian authorities as vulnerable and insecure to a degree that they fail to tolerate a visit by a researcher armed only with pen; not weapons or bombs. In his blog, Elliott Abrams from The Council of Foreign Relations has described the turning away of Ms.Dunne as “a new low” by the Egyptian government, an example of the negative PR that is triggered by such moves.

Third, banning Michele Dunne may put other Western scholars off from visiting Egypt, but will not intimidate them, or let them stop writing about the country. This will ultimately widen the gap between the Egyptian-perception and the counter-perception shaped in Western Capitals. Egyptians brag that they do not need Western aid, but in reality they are keen on Western investments and business in Egypt. Last month, President Sisi received a large group of American businessmen in Cairo. Those businessmen will find it increasingly difficult to keep coming back if the Egyptian government continues to read persistent negative analyses written by Western scholars.

Some government supporters rallied on Twitter, claiming all sort of accusations against Ms. Dunne. Sadly, they seem to miss that it is not about Ms. Dunne’s political stance, but how the Egyptian authorities should deal with it. Egypt should learn to develop the intellectual ability to counter any argument, even from the most ardent opponents of its policy, and provide policy makers and neutral observers with a different perspective. Winning the intellectual battle brings more benefits than barring scholars from entering the country, which portrays Egypt as insecure and paranoid. Some think that the incident with Ms. Dunne will be forgotten soon; however, I doubt it that will be the case.

I never met Ms. Dunne, and in fact I often disagree with many of her views. Nonetheless, I think it is paramount to stand up against such moves that are harmful to Egypt. The country may have a bad record in treating journalists, but it has not banned a scholar for decades, even during the Mubarak era. It is unfortunate to witness a reversal of this policy in “New” Egypt.

Here is a link to Egypt’s Foreign Ministry comment to barring of Ms. Dunne

Doctor, blogger and Commentator on Middle East issues. The only practising doctor who write in Middle Eastern politics in UK.
View all posts by nervana111 →
This entry was posted in Diary of Aak, Egypt, June30, Middle East, Politics and tagged Egypt, Sisi. Bookmark the permalink.

3 Responses to It is not about Michele Dunne, it is about Egypt