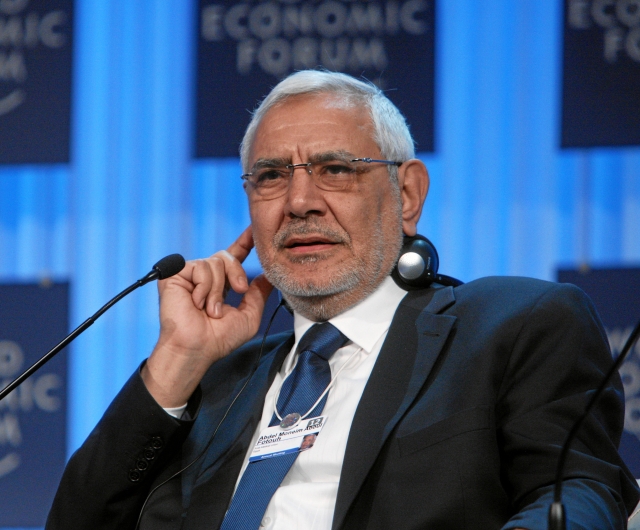 This piece is published in Al-Monitor

For former presidential candidate, Abdel-Mon’eim Abul-Fotouh, perhaps not running for president again was not a surprising decision. In an interview with the Egyptian newspaper Al-Ahram last Friday, he said that he wouldn’t engage in “political cosmetics,” a clear indication of how he viewed the current crisis in Egypt. He reaffirmed his opinion on Sunday by saying, “I won’t take part in deceiving people into believing we have a democratic path when we don’t.” Abul-Fotouh’s assessment is an accurate reflection of the current political atmosphere in Egypt, however, his decision is also an indirect admission that he stands no chance of winning the backing of Egyptian Islamists, and non-Islamists beyond his core supporters in Egypt Strong Party. Unlike in 2012, in which some Salafists and the young Muslim Brotherhood backed Abul-Fotouh, this scenario is no longer possible. In fact, even in a free and fair election, the chance of Abul-Fotouh garnering more votes is very slim.

Doctor, blogger and Commentator on Middle East issues. The only practising doctor who write in Middle Eastern politics in UK.
View all posts by nervana111 →
This entry was posted in Diary of Aak, Egypt and tagged Abdel Moneim Abul Fotouh, Abul Fotouh, Egypt, middle-east, Muslim Brotherhood, politics. Bookmark the permalink.