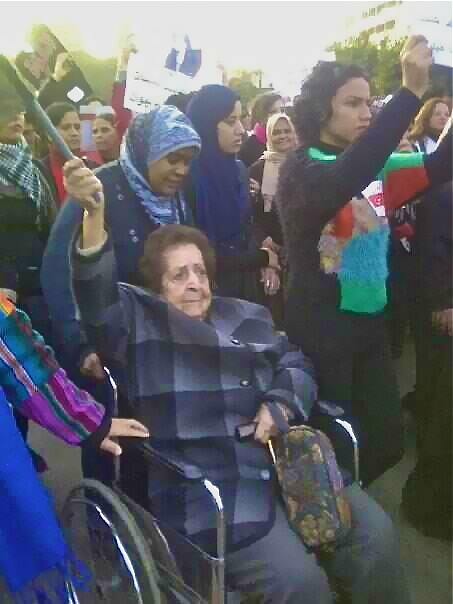 The most appropriate descriptor for the current state of affairs in Egypt is delirium; a severe confusion that develops quickly and often fluctuates in intensity. Once confusion prevails, rationality disappears, and a trail of misguided decisions and behaviors dominate the public sphere. Events of week 6 on various fronts fit in with this confused scene.

Perhaps Ahmadinejad’s visit to Cairo will be written in history books as the most strategic blunder in the joint history of Egypt and Iran. A statement on the official Twitter account of the Muslim Brotherhood read the following: “We value President Morsi’s efforts to restore Egypt’s regional role through balanced diplomacy based on mutual respect.”  The two attacks against Ahmadinejad in Cairo and the scolding he endured by the Grand Sheik of Al-Azhar indicates that neither balance nor respect has been achieved, not to mention the failure to secure any progress on the Syrian front.

Although in a dictatorship, the society suffers from police brutality, torture, and humiliation, but at least dictators maintain law and order and provide some sort of functionality and security to the state. Currently, Egypt is in a lose-lose situation in which police brutality is rife and is coupled with chaos and lack of security. Organized, horrific violent attacks on women is one of the manifestations of this tragic and alarming deterioration of security that is also infused with the misogynic, pathological thinking  from the clerics of hatred and backwardness.

In Pakistani style, the administrative court was ordered to ban access to YouTube for 30 days in Egypt. This is a clear example of a politically motivated verdict that will serve nothing; it is aimed to bully and initiate fear, but will certainly fail to prevent further insults to the prophet or make non-Muslims respect Islam more. Ironically, the leadership of the Brotherhood has done nothing so far to stop the endless fatwas that incite and legalize murder in the name of Islam.

One can only imagine how Egypt’s previous prominent prime ministers, including Saad Zaghloul and Nahaas, would react if they heard Qandil’s remarks about unclean breasts and diarrhea. They would undoubtedly shudder in disgust, like many Egyptian citizens who were furious by their prime minister’s reckless, ignorant, and snobbish remarks.

Meanwhile, the economy continues along its steady decline, without any indications of comprehensive future solutions.

One of the most alarming factors experienced in Egypt now is how many are hoping that the army will “do something”; I find this deeply disturbing. The army alone will not be able to save the country from chaos without a political solution. Yes, it can secure vital institutions of the state, but the army cannot play the role of the police, and it is not designed to deal with long-term anarchy and chaos.

It a big topic that I hope to discuss in upcoming pieces.

Doctor, blogger and Commentator on Middle East issues. The only practising doctor who write in Middle Eastern politics in UK.
View all posts by nervana111 →
This entry was posted in Diary of Aak, Egypt, Iran and tagged #Iran, Egypt, Kandil, middle-east, Morsi, Muslim Brotherhood, politics, Qandil. Bookmark the permalink.