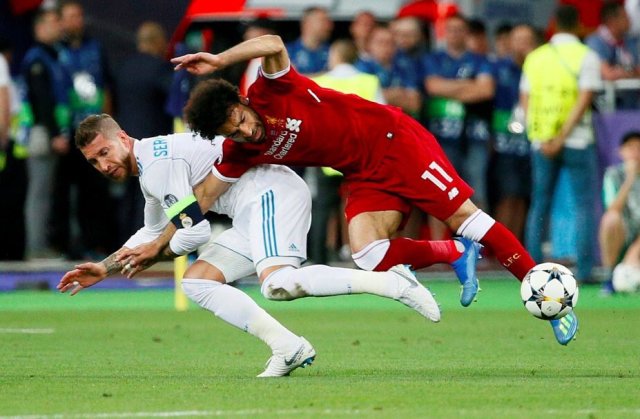 It was a very tough night, but I'm a fighter. Despite the odds, I'm confident that I'll be in Russia to make you all proud. Your love and support will give me the strength I need. pic.twitter.com/HTfKF4S70e

Egypt's Future of the Homeland party to form majority bloc in Egypt's parliament as 200 MPs joined its ranks. After weeks of rumours, a new NDP is born #Egypt https://t.co/BDN5Ea2Eix

Shocked to hear of the arrest of Wael Abbas in #Egypt the crackdown on speech and human rights defenders seems to be intensifying, I expect European leaders to speak out firmly #FreeWael #FreeWaelAbbbas

The arrest of blogger #WaelAbbas is a continuation of Egyptian authorities' repression of free speech. Under President @AlsisiOfficial rule, journalists have become at constant risk of arrest merely for doing their work. Tell @AlsisiOfficial that #JournalismIsNotACrime pic.twitter.com/y83rZnEtcv

Abdelazim was arrested at his home in Cairo late on Saturday night. The former deputy telecoms minister under ousted pres Mubarak chaired the youth committee in Sisi's 2014 election campaign — describes it on his Twitter bio as his “biggest sin” https://t.co/tpcTeweRJV

2- e.g. I was told by contacts that the initial French initiative was to go for elections 1st, then review of the CDA approved constitution draft. This position was met with fierce opposition from Italy, Qatar, Turkey, &the USA position tipped the balance in their favor. #Libya

3- Position of Italy, Qatar, Turkey & now US is that the constitution comes before elections. France, UAE & Egypt want elections first then maybe a referendum on the constitution – obviously, they believe that the newly elected authorities will have to decide on that. #Libya

The ratio of rural to urban population in #Egypt is striking for its clear indication of the failed economic policies of Sadat & Mubarak. Most advanced countries are now majority urban pic.twitter.com/TiyVFpafYJ

Trial of #Egypt|ian photojournalist @ShawkanZeid, who has spent 1746 days in detention, adjourned to May 29. The arguments have come to a close. Next, the judge will allow the defendants to address the court & thereafter, the case will be ready for a verdict, via @KarimAbdelrady pic.twitter.com/fqtAplbkZm

“I am Mohamed Hisham, and I am a public atheist in Egypt.”https://t.co/0lWdoIF0oO

I find pushing Mohamed Salah @MoSalah’s name in every thing related to #Egypt’s politics revolting.
Salah should not be dragged into situation in Gaza or arrest of Sisi’s opponents. #LeaveSalahAlone

"Egypt has been our home since the times of Augustus.
To us, Egypt was like America."

The Italians of Egypt. pic.twitter.com/AMCCYKhyl9

Doctor, blogger and Commentator on Middle East issues. The only practising doctor who write in Middle Eastern politics in UK.
View all posts by nervana111 →
This entry was posted in Diary of Aak, Egypt and tagged Egypt, Libya, Mohamed Salah, Sergio Ramos, Sisi, Wael Abbas. Bookmark the permalink.