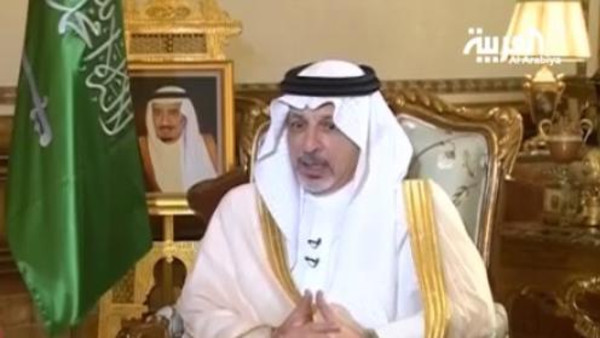 Saudi Arabia’s ambassador to Egypt, Ahmed Qattan, has played down media reports suggesting ties between both countries are strained, adding that bilateral relations are “at their best.” The Saudi Ambassador has also reaffirmed his comments in a telephone conversation with Al-Hayat TV, and added two interesting remarks. The first is that Saudi columnist Jamal Khashoggi, known for his leniency toward political Islam and his antipathy toward the Sisi leadership in Egypt, “does not represent the Saudis’ official stance toward Egypt.” Qattan’s second remark, directed at Egyptian writer Hassanein Heikal, who is known for his antipathy toward the Saudi leadership, said bluntly that Saudi Arabia would last, despite Heikal. Ambassador Qattan’s remarks came after Egyptian President Abdel Fattah El-Sisi and Saudi Defence Minister Mohammed Bin Salman issued what they named the “Cairo Declaration,” outlining six facets of cooperation between Egypt and Saudi Arabia, including “enhancing joint cooperation and investment between the two countries in the fields of energy, electricity, and transportation.” The ambassador’s comments also came after many Islamist figures visited the Kingdom in recent weeks. On top of the list is Hamas’s leader, Khalid Meshaal, Tunisia’s Rachid al-Ghannouchi, the Islah movement of Yemen’s Abdul Majeed al-Zindani, and Jordan’s Hammam Saeed, of the Muslim Brotherhood. Hussein Ibish attributed those visits to the change of the strategic landscape in the Middle East, following the Iran nuclear deal. In my opinion, this is only partly true. However, there are other aspects that may explain the Saudis’ behavior, particularly King Salman’s leadership style. Saudi Arabia under King Salman is keen to maintain a strong partnership with the Egyptian leadership; however, the King does not want this partnership to limit his diplomatic maneuvering in the region, which includes engagement with other groups Egypt considers hostile. In short, King Salman is aiming to build a strategic relationship that keeps his friends, allies, and enemies guessing about his intentions, goals, and tactics. That would help him stop his allies from taking Saudi Arabia for granted and would force his enemies to accept the Kingdom as a challenging opponent.

Doctor, blogger and Commentator on Middle East issues. The only practising doctor who write in Middle Eastern politics in UK.
View all posts by nervana111 →
This entry was posted in Short Comments and tagged #Iran, Egypt, Hamas, King Salman, Muslim Brotherhood, Saudi Arabia. Bookmark the permalink.

1 Response to Short Comments: On Egypt and Saudi Arabia