Is Turkey immune from radical Salafism? 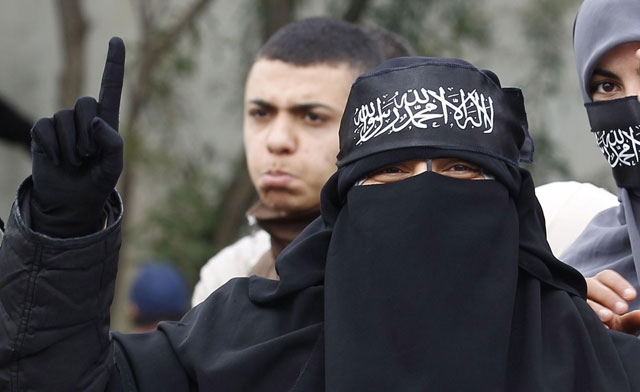 This piece initially published in The Daily News Egypt

Turkey is a unique Muslim nation with a distinct history, geography, and political progression. It has never been occupied, and its contemporary path has evolved differently than that of its Muslim neighbors. Turkey has a strong secular establishment and is mostly governed by secular laws. Turks are proud, moderate Muslims who follow the relatively lenient Hanafi School of theology and maintain a strong Sufi tradition. That is why, for many, Turkey is immune from Salafism and radicalism. I beg to differ; I think Turkey is unprepared and fails to appreciate the risk of Salafism that is knocking on its door.

Radical Salafism is now a global phenomenon that has spread across five continents, and no country has found it easy to stop its spread. The path toward Salafism, or literal Islam, is not necessarily linked to vulnerability, poor economic conditions, or political uncertainty, like many believe. The first step is exposure to the ideology without counter interpretation or opposing argument that can dispute and discourage its adoption. This simple fact, sadly, is ignored even by the most articulate thin-tanks that specialise in studying radical Islamic groups.

Turkey is slowly gaining involvement in Middle Eastern countries. Syria is not the only example; Somalia, Libya, Gaza, and Egypt are also included. The closer the link with these countries, the wider the exposure to other ideologies and schools of thought. Ideology is just like physical materials, spread by osmosis from a region of higher concentration to one of lower concentration. It starts with simple contacts related to business, travel, and work and ends with cultural influence and beliefs. The fake image that associates Salafism with poverty and instability is very deceptive.

Many Salafis are well-educated middle class Muslims. Most of the leading Salafi scholars are rich and enjoy a comfortable life; many present regular TV programs on prominent Gulf channels, and some of them already criticise the perceived decadent way of life portrayed in many Turkish soap operas, even though – ironically – these soap operas broadcast on the same TV channels.

Abdulhamit Bilici asked a very important question in his piece in Today Zaman a few months ago, “is Turkey now ambivalent between the politicised Shiism in the new Middle East and the reactionary Salafism?” I think the answer is definitely yes. During his visit to Somalia, the Turkish Prime Minister Erdogan was loud and clear in his criticism of the West, but he didn’t spare a single word of criticism for the radical Al-Shabab group and how it is contributing to the destruction of the country. Prime Minister Erdogan was also quiet when radical groups destroyed several Sufi shrines in Libya, despite the popularity of Sufism in Turkey.

Some may argue that those countries are distant and their impact on the domestic dynamics in Turkey is minimal, but what about Syria? Unlike Iraq, where the Kurdish region shelters Turkey from radical Islamic groups based in other regions, the ongoing revolt in Syria has brought many Salafi groups with various degrees of radicalism right to Turkey’s doorstep. They are here to stay, regardless of the outcome of the ongoing conflict.

In fact, even the best-case scenario − a post-Assad Syria that is unified and stable − may actually be equally bad for Turkey. If there were no jihad, Salafists would focus on preaching. It is simplistic to think that they will somehow abandon their ideology once the conflict ends. Will McCants rightly argued, “Salafis preferred scholasticism, political quietism, and social programs to pressure groups and vocal dissent.” Just as in Egypt, the victory of the Salafi Nour party did not just happen overnight, it was a result of slow, creeping, social growth over decades.

I recently saw on Twitter a video from the Turkistan Islamic party addressing the Turkish people urging financial support for their “Jihad.” That means the Middle East is not the only front that can export radicals to Turkey. Asking for money is always a start; it is usually followed by “nice,” placid, bearded guys selling “Islamic” books and preaching the “right” path. These groups usually avoid big vibrant cities, and trendy beach towns, and focus on conservative rural areas where passion for religious study is high. How will Turkey deal with them? Arrest them like Mubarak did in Egypt, allowing many to sympathise with their cause, or turn a blind eye and hope for the best?

Furthermore, the tension during this year’s Republic Day celebration reflects Turkey’s unease with its identity, a country that is still struggling to find the right balance among secularism, liberalism, democracy, and religion. It also indicates that the current government in Turkey is still preoccupied with the past and views Kemalism as its main enemy. This is why it banned gathering at the first parliament building, which is associated with Ataturk, the founder of the republic.

The secularism that is usually perceived as Turkey’s defense barrier against radicalism is slowly eroding under the current government’s authoritarian tendency. That should not be the case; Turkey cannot afford to fail in its liberal experiment and turn to illiberal democracy under an Islamic slogan. Instead, the Turkish leadership should act as the guardian of liberal Islam, an Islam that does not just tolerate Western-style secularism, but also articulates its own version of “Islamic secularism.” In that version, faith would be protected from secular tyranny, and also from being used and abused for political gain. This is the only defense against radicalism that can truly work in Turkey and in the wider Muslim world.

As Turkey develops to become closer to its neighbors, where borders are not walls (as Foreign Minister Davutoglu always says), where there is full movement of people, goods, and ideas, it needs to remember that, by hugging friends, it may smell their scent, but it can also catch their bugs. Rather than undermining its secularism, Turkey should focus on strengthening its domestic front. It also must change its ambivalent attitude toward Salafism, and start to help its neighbors fight radical Salafism before it the phenomenon starts to knock on its the country’s door and spread slowly inside its own Turkey’s own territory.

Doctor, blogger and Commentator on Middle East issues. The only practising doctor who write in Middle Eastern politics in UK.
View all posts by nervana111 →
This entry was posted in Turkey and tagged middle-east, politics, Radical Islam, religion, Salafism, Turkey. Bookmark the permalink.

4 Responses to Is Turkey immune from radical Salafism?